The headlong rush to frack should be stopped. That was the firm view of local Lib Dem MPs Norman Baker (Lewes) and Stephen Lloyd (Eastbourne) who worked and voted together to try to press for a 30 month moratorium on fracking.  The proposal was unfortunately defeated in the Commons, largely by Labour and Tory MPs voting together. And in a “cynical “time-wasting” move, the Labour party forced two votes on matters the government had already conceded, which took up a valuable 30 minutes of time and therefore prevented a vote on the issue of whether to allow fracking to take place under people’s homes without needing the permission of the householder. Labour wants to allow this.

In good news, the government responded positively to a New Clause tabled by Norman Baker and supported by Stephen Lloyd that means fracking cannot now take place under any circumstances in protected areas like the South Downs National Park, or in Sites of Special Scientific Interest (SSSIs). In addition, Norman’s efforts to give water companies a veto were met with partial success with extra safeguards added, and a promise to consider making water companies statutory consultees to any application.

Norman said: “We made some good progress today but sadly not enough. I am particularly incensed that the 361,000 people who signed a petition against the freedom for companies to frack under people’s houses did not get the opportunity to have that tested on a vote due to cynical time-wasting by Labour.”

The amendment to prevent such fracking was tabled by Norman Baker and Brighton MP Caroline Lucas and backed by Stephen Lloyd.

Stephen Lloyd added: “I thought it was eminently sensible to put a hold on the headlong rush toward fracking that some appear so keen on. This would allow more time for robust, scientific and independent assessment of the plusses and minuses of drilling for shale gas. Let’s be 100% sure one way or other before committing ourselves as a country.”

Norman Baker MP is fighting the threat of fracking to our countryside and has tabled amendments to remove key clauses on fracking and oil and gas drilling from the Infrastructure Bill.

The Lib Dem MP has also tabled an amendment to give the Environment Agency and water companies a veto on fracking, where they believe it would cause environmental damage, including to water supplies

Together with the Green MP Caroline Lucas for Brighton Pavillion, he is seeking to delete clause 36 which would introduce the new legal duty to maximise the economic recovery of UK oil and gas.

In an additional amendment, the two MPs are also seeking to remove clauses 38-43 of the Bill, which would cover the drilling for oil and gas in deep level land, including the proposed changes to the trespass laws.

Norman says “There is an alternative, which is proper investment in energy efficiency, which will also bring fuel bills down, and a big expansion on renewables where there is huge potential for wind, wave and tidal power”.

While a minister Norman successfully lobbied behind the scenes for fracking to be virtually ruled out from the South Downs National Park, but he is still concerned that still leaves large parts of his constituency vulnerable.

In a recent commons debate, introduces by Norman on Fracking, he warned that the claims made for fracking have been exaggerated, and the downsides underplayed and called for a shift of emphasis towards renewables and away from fracking.

A blueprint for the way forward on the A27 Lewes-Polegate section was agreed last week at a meeting convened by local MP Norman Baker to which all parish councils along the route were invited. The meeting, which was held at Selmeston village hall on Friday morning, ruled out both a new dual (or single) carriageway as proposed by Eastbourne, and doing nothing. Instead, the meeting agreed a package of measures designed to improve safety along the alignment of the existing road.

Specifically, the meeting concluded the following:

Norman Baker says: “This was a very good meeting with a high degree of agreement about the way forward. I will now be writing to the Transport Secretary Patrick McLaughlin and to the Highways Agency to pass on the views of the councils along the road. I am determined that it should be the views of local people that prevail, rather than those from elsewhere. I anticipate that this group will be meeting again in due course.”

David Quysner, Chairman of the Selmeston Parish, adds: “The Parishes from Beddingham to the Cophall roundabout are united in their view that improvements in traffic flow, road user safety and local access to and from the A27 are long overdue. They welcome the announcement of £75 million of funding and look forward to seeing this money invested in the very near future in junction improvements and other works along the existing route. “

Norman has written to James Humphreys, Area Manager for the Environment agency, Rupert Clubb, Director of Communities, Economy and transport for East Sussex County Council and Jenny Rowlands, Chief Executive of Lewes District Council, to call for action to prevent this flooding happening ever again.

A copy of Norman’s letter is below:

I am writing to you following today’s flooding of a number of properties at Broyleside Cottages, Ringmer, within my constituency. I had the opportunity to visit the site while it was still under water and to see the considerable damage which this flooding had caused to these properties.

I was concerned to learn from the inhabitants that this is third time recently that these properties have flooded – in 2000, 2005 and now 2015. They had also previously been flooded at least a couple of times before that as well.

That notwithstanding, it appears nothing has been done to build in resilience and indeed I am concerned that there has also been a failure to maintain the existing infrastructure in a way that minimises the threat of flooding. Indeed, there are a number of fundamental problems which do not seem to be addressed properly, and which have been raised before:

1:  The capacity of the culvert running behind the northern row of cottages of Broyleside (the group at the Northern end of the ‘T’ road which runs off Broyle Lane) is clearly insufficient, This has been known about for many years and was brought to the attention of the Environment Agency in 2005.

2: There is another route for the water to flow from the fields in Turner’s Farm. This runs beneath the roadway of the southern arm of Broyleside Cottages (the straight run that extends northeast from the Broyle, not the arm that runs off Broyle Lane where the low numbered cottages are)  and there is a clear need to build a headwall at the point where this drain begins, to stop it being blocked again. This may help reduce the amount of water reaching the culvert mentioned above.

3: Water runs up out of the drain gully on the east side of Broyle Lane at its lowest point, indicating either that that the pipe under Broyle Lane does not have sufficient capacity, or that the water beyond Broyle Lane cannot get away fast enough. If the water level downstream Broyle Lane is higher than the level of Broyle Lane the water will flow across the road, whether or not the pipe is sufficient. It appears that both may be correct

4: At the point where the Norlington Stream crosses under Norlington Lane, water again runs over the surface of the road. It is clear from today that the water level downstream from Norlington Lane is higher than the roadway, and it is also clear that the stream itself is blocked.

The Norlington Stream needs to be kept open and clear. I believe it is an Environment Agency responsibility to do this.  If this stream is cleared back to the Broyle Lane culvert, it may help relieve the flow at Broyle Lane, though it will not deal with the lack of capacity north of the northern row of Broyleside Cottages.

It seems that, as with many flooding issues, responsibility is split between the Environment Agency, the county council as highway authority, and the district council. This letter has therefore been sent to all three bodies with a request that you review this incident, and come up with a plan, and funding to implement it, to stop today’s occurrence from happening again.

I look forward to hearing from you. I am happy to receive a jointly written reply.

1: Photo showing some of the flooding at Broyleside Ringmer 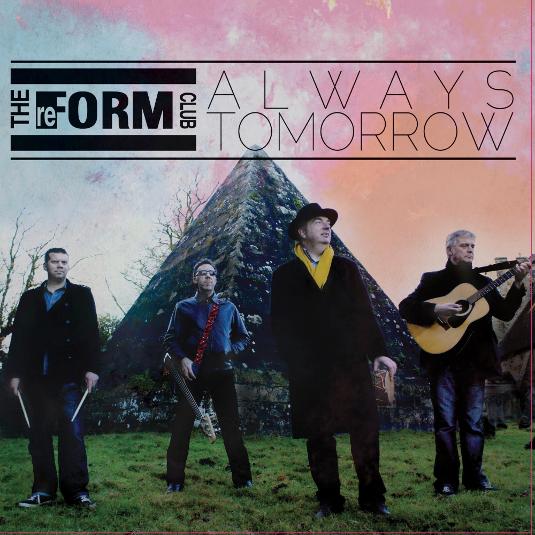